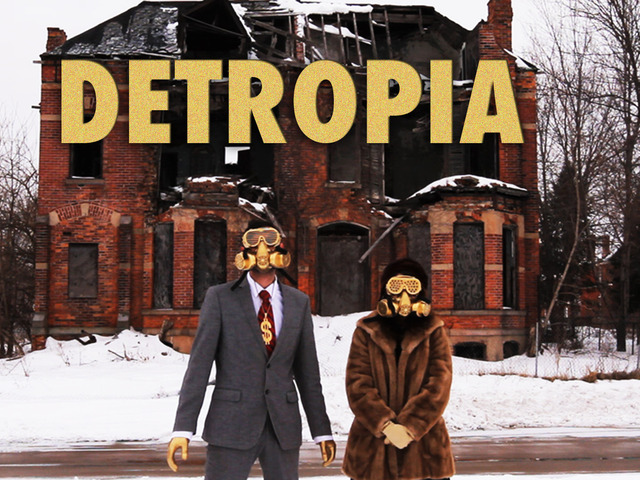 If you were to visit the Detroit Institute of Arts, home to Diego Rivera’s magnificent murals depicting scenes at the Ford Motor Company in the early nineteen-thirties, and then take a stroll through the surrounding streets, you might be surprised at what you would find: coffee shops frequented by young hipsters; old warehouses being converted to lofts; bike racks; houses undergoing renovation; a new Whole Foods supermarket. After decades of white flight, black flight, and urban decay, Detroit is being spoken of, in some circles, as “the new Portland,” or “the new Brooklyn.” -The New York Post, August 5, 2013

Detropia is the latest documentary (available on Netflix) focused on the unique economic state of Detroit and it’s revitalization. It is beautiful and breezy, honest and depressing, lacking in narration. It’s a great watch, but focuses a lot more on Old Detroit than it’s future.

It’s hard to watch. I wrote this on the old blog when things were at their worst (2009). Since then, a lot has changed, mostly for the better. There is a lot of this “New Brooklyn/Portland” talk, and the artists have not stopped showing up in the city. As Richard Florida writes in the Atlantic, Detroit is not dead.

First come the artists, then the gay community, then entrepreneurs, yuppies, and realtors. Economic vacuums are filled fast.